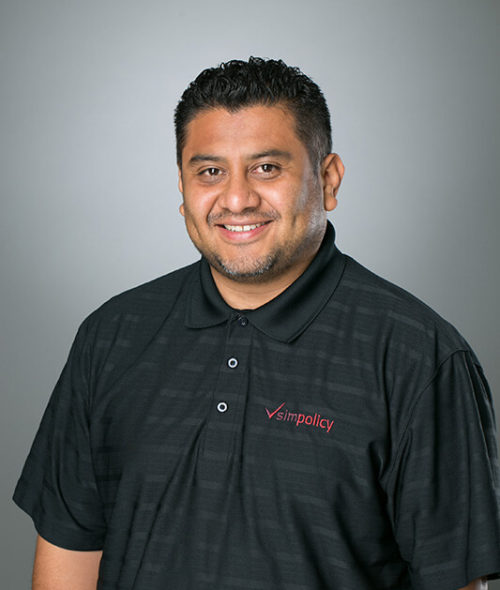 Denis is a native of Central America, born and raised in El Salvador. He migrated to the United States in 1994 to join his mother in California. After high school, he started his career in the Insurance Industry as a Customer Service Representative where his main duties included assisting producers with the preparation of proposals, and correspondence. Looking for more responsibility, he soon moved on to take a position as an Account Manager where he discovered his passion for Customer Service and the importance of Employee Benefits.

In 2013, when Danone Simpson, President & CEO of Montage, started Simpolicy Insurance Solutions, LLC, Denis played a fundamental part to the structure of the new company. He was responsible for creating the online links for Individual & Family plans, as well as the Medicare and all the carrier appointments paperwork.

In 2015, with a new CEO, Toby Kennedy, Denis was given the opportunity to be the first official Simpolicy employee and was excited to make the move. As the Employee Benefits Department Manager, his responsibilities include overseeing the individual sales department and small group renewals department, as well as working on new business opportunities.

His philosophy is client satisfaction. When dealing with the carriers, no matter how small or big the client is, his effort is the same. His desire for customer satisfaction inspires him to provide the employer and/or employee a sense of security knowing that there is someone working for them.

Denis enjoys spending his free time with his wife and two boys. His wife enjoys reading. His youngest, Leonel, is a soccer player and Denis volunteers as the Boys 10U Division Rep for AYSO’s Soccer Region 71. His oldest son, Daniel is a football player and Denis is the waterboy.